CARACAS –  Bolívar, in the south of Venezuela, is a key battleground state in the country’s legislative elections this December. The ruling Chavista party tends to win there by narrow margins, but this time the opposition hopes to beat them in a landslide and take eight of the nine seats up for grabs.

Aware of this and the huge threat it represents – the opposition could take control of the National Assembly for the first time since 1998 – the ruling United Socialist Party of Venezuela (PSUV) has selected two big guns as candidates in Bolívar: 2012 Olympic fencing gold medalist Rubén Limardo and Hector Rodríguez, a young political star currently serving as minister of education.

A similar trend can be seen in many parts of the country, especially in battleground states and key districts that could shape the national results.

One of the singers is reggaeton artist Antonio Álvarez, who is a retired Major League Baseball player to boot. So calculated do the selections seem, that the singer/actor Roque Valero, who’s best known for his roles on soap operas — once played Simón Bolívar himself.

Among its slate of candidates, the ruling party also counts two close relatives of Alí Primera, a renowned Venezuelan singer who passed away in 1985, and two relatives of late President Hugo Chávez: his brother Argenis and his cousin Aníbal.

But analysts are not so sure that the star-studded strategy will pay off, given the acute economic crisis the country is facing.

“A very well known academic investigation about affective intelligence and political judgment published by the University of Chicago found that voters tend to be more rational during periods of crisis,” Justo Morao, a political communication expert, told Fox News Latino.

“We are in the middle of [a crisis] in Venezuela, so in the voting booth that should weigh more than any emotional message,” he said.

“Under normal circumstances, famous individuals would be a great way to attract voters. But we are in a special situation, people are furious and won’t be moved by this kind of stuff,” he told FNL.

An August survey conducted nationally by Datanalisis shows that 50.7 percent of likely voters would back the opposition if the elections were held today; 28 percent favors PSUV candidates, 8.4 percent support independent candidates and the rest remain undecided.

As for the issues bothering Venezuelans today, 59.3 percent said the country’s main problem is the economic crisis — in the first seven months of the year inflation reportedly climbed to 89.6 percent, amid acute shortages of food and personal care products.

“In the face of this situation, people want a change, and they will back the party that represents that without focusing much on the other options,” argued Salamanca.

Meanwhile, government officials avoid speaking about the crisis and act like as if nothing is happening.

“The government is still promoting its messages with music and things like that. Given the economic situation, that makes them look disconnected from reality,” Morao said. “If the opposition runs a serious campaign, focusing on the problems people are facing, this can hurt them,” he added.

Experts also say that the lack of experience of celebrity candidates can sometimes backfire.

“Limardo is a great athlete in fencing, but people might wonder if he knows how to deal with inflation,” Morao said.

The crisis also makes people pay more attention to things that have always existed but now hurt even more like corruption. In this regard it probably doesn’t help that Maduro’s wife and the wives of four governors are among the PSUV nominees for the National Assembly.

Recently, a poll by local firm IVAD showed that 76.6 percent of those surveyed describe Maduro’s government as corrupt.

Franz von Bergen is a freelancer reporter living in Caracas.

Chavismo in Venezuela permeates everything, often quite passionately.

Since President Hugo Chavez’s passing in 2013 even pop music is making room for the Bolivarian revolution.

“It saddens me not seeing you again, and I think of everything I learned. I follow your steps, your giant steps, and look forward, commander,” sings the pretty girl, who happens to be daughter of the second most powerful man in the country after President Nicolas Maduro.

Daniella Cabello, the young daughter of Chavez’s right hand and longtime head of Congress Diosdado Cabello, is at the center of this music phenomenon. She burst onto the airwaves last year with “Gotas de Lluvia”

(“Drops of Rain”), which was presented as a tribute to Chávez.

Since then Cabello has released three more songs, all about Chávez and his government’s accomplishments, the last of which contains lyrics by his father and serves as the opening of his TV weekly show “Con el Mazo Dando.”

She even has a version of John Lennon’s «Imagine” casting Venezuela as a “nation of peace,” which was used in an official government TV spot to counter President Barack Obama’s executive order against seven senior Venezuelan officials.

The Chavista pop songs are also made into music videos that appear on state-owned TV during commercial breaks. It is usually Chávez, and sometimes Maduro, the leitmotif of the catchy melodies.

“Live your life. Give it joy. Listen well to what I am saying. No more barriers for feelings. Chávez, the people’s heart,” read the lyrics of one of the first ones songs on Chavez, released when he was still alive and was used in his last presidential campaign.

With a huge economic crisis, an inflation rate above 65 percent, and shortages of an array of basic goods from food to personal hygiene products, the government is appealing to emotional songs even more frequently.

“People from popular segments of the society are starting to realize that something is wrong,” Justo Morao, a local expert in electoral advertising and a graduate from the Berklee College of Music in Boston, told Fox News Latino.

“That’s why they intensified the use of Chávez’s image and try to link Maduro to it. The lyrics are very sentimental because they appeal to emotions, rather than rationality.”

The titles of some of the Chavista tracks are “Stay Together,” “Chávez Will Continue With You” and “Maduro, From My Heart.”

“They are trying to give an urban and modern tone to what has been a rural revolution,” Morao said. “With this, they target young and idealistic adults who believe in the revolution.”

Álvarez since gave up his singing career for politics. Last year, he was appointed head of the sports ministry and he is running for Congress.

“This works just like with commercial advertising,” Morao explained. “They are renovating the brand and strengthening the new product, which is Maduro.”

Franz von Bergen is a freelancer reporter living in Caracas. 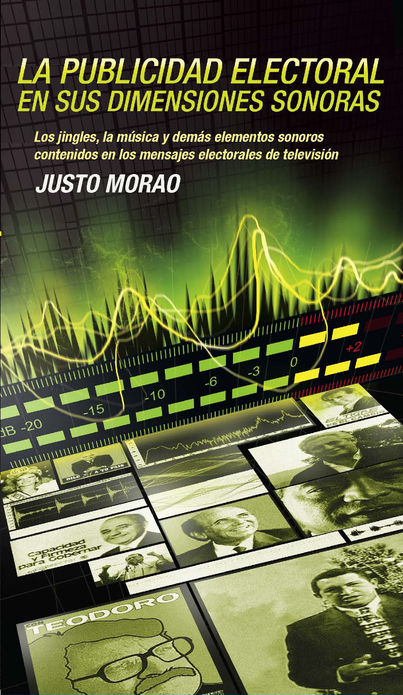